SJP versus GA at Jefferson University

HAVERFORD, PA - The Inter-Ac League, consisting of six private schools in Philadelphia and the surrounding suburbs, just kicked off their le

On February 25th, 2017 the Lady Gators from The Shipley School defeated the ladies from Germantown Academy with a final score of 52-47. 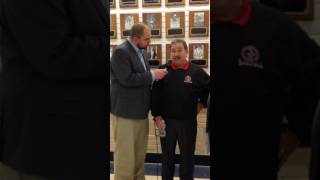 Malvern remains 0-7 at home after loss to Germantown Academy

It was a tale of two halves on Friday night, January 20th, as the Germanton Academy Patriots overcame a 14 point lead to defeat the Malvern Prep Friars 72-65. Malvern looked to be in control early, starting the game with a 10-1 run. The score seemed to justify the “Run MP” shirts they sported during pregame warm ups, but it wasn’t their fast break that carried them to a double digit half time lead. Germantown struggled offensively, missing 13 layups in the first half. Despite