As one of the most under-recruited states in the entire country, Rhode Island has exceptional high school student-athletes, both boys and girls, across the board in every competitive sport offered in the state. As the smallest state in the United States of American, Rhode Island often does not get the attention its student-athletes deserve and thus are not given the exposure needed for recruiting purposes.

Rhode Island's competitive high school sports are governed by the Rhode Island Interscholastic League (RIIL). The RIIL has divisions within the league and are broken up by power rankings determined by certain statistics, school enrollment and historical performance, among other criteria. The divisions are further broken down into D1A and D1B in order to split up each division in half. Each sport has a different playoff structure such as pods, open tournaments, etc.

The RIIL includes all private and public schools together, so competition is fierce and the rivalries are bigger and better than in some other states. This fierce competition should not be overlooked because it gives Rhode Island a very unique edge in high school sports over some other regions of the country.

With 45 high school teams competing in the state, it's a very intimate setting. Everyone knows everyone and it's hard to fly under the radar in Rhode Island. If you are good everyone knows it and vice versa. It is really exciting to be able to promote the great state of Rhode Island and the amazing athletes, coaches, programs and fans that are unintentionally hidden here. RI is about to make some noise. Stay tuned! Anchor down #the401

For more information about the RIIL, go to http://www.riil.org/

Neumann-Gorretti over Steel High 1st Round 3A State Playoffs 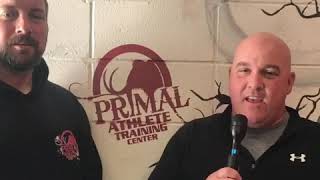 We will have the debut of our NEW live broadcast venture called "Ocean State Athlete Spotlight" airing on Monday, October 30th, 20 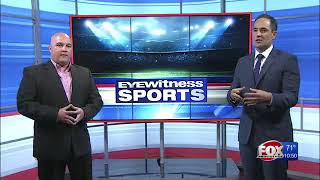 Here is the footage from SFBN's very own, Ron Robert, from SFBN - Rhode Island previewing this years high school football teams in Rhode

The Independent (Independentri.com) writes a great article on the wonderful work of Ron Robert and what he's doing for high school sport

The Call (Woonsocketcall.com) writes a great article on Ron Robert and his wonderful work in high school sports in Rhode Island.
1
2
bottom of page